Nominations are now closed. Thank you for your interest.

The Alumni of Influence Award recognizes and celebrates outstanding JA alumni who have made extraordinary contributions to the business and/or entrepreneurial landscape of southern Alberta.

Nominated by their peers, recipients are chosen by a selection committee led by JA Southern Alberta’s Board of Directors and made up by a diverse group of JA Southern Alberta Alumni. The Alumni of Influence Award is presented each year at the Alberta Business Hall of Fame – Southern Alberta Gala Dinner and Induction Ceremony, in October.

Nominees are extraordinary people who meet the following criteria

What is the process to nominate someone for the JA Alumni of Influence Award?

To nominate someone, please fill out and submit the online nomination form by June 30.  Information required to complete the form includes the nominee’s name, job title (if applicable), phone number, e-mail address and a one page (maximum) explanation of why you think they should be awarded the JA Alumni of Influence.

Can I nominate more than one JA Alumni?

You may nominate multiple individuals including colleagues, friends, family, and community members.  However, you may not nominate yourself and once a JA Alumni has received the Alumni of Influence award they may not be considered again.

Will the nominees be told who nominated them?

The nominees will be informed of the nomination by JA Southern Alberta staff and asked to fill out a second form to accept and complete the nomination.  We will not advise them who nominated them (but you can feel free to tell them yourself if you’d like).

What makes a good candidate for the JA Alumni of Influence Award?

They have made extraordinary contributions to the business and / or entrepreneurial landscape of southern Alberta through their career, volunteer and / or philanthropic endeavors. Measurable achievements are most clear such as increasing profits, awards from professional associations or other groups or completion of a project.  However, the selection committee understands that many achievements aren’t easily quantified and therefore ask for as much detail as possible.

Yes. The nominees may have completed a JA program(s) anywhere in the world that JA programs are offered, but they need to have a strong connection to southern Alberta. They should live and or work in southern Alberta. If they do not, they are not eligible. If you are unsure, submit a nomination and a JA staff member will review it and get back to you with a decision.

I received an e-mail notification saying I was nominated, what is next?

To accept the nomination you must fill out the online nominee form (link will be provided in the e-mail notification) by the indicated deadline. The form includes questions about your career achievements, education, volunteering, community and philanthropic work. It also asks for a minimum of two references from your work and / or volunteer experiences.

Purpose of completing the nominee form once I have been nominated?

How is the JA Alumni of Influence Selected?

Communication of results to all nominees.

All nominees will be contacted by the staff of JA Southern Alberta to let them know the results of the selection process.

An interview and briefing with the President and CEO of JA Southern Alberta will be set-up for the successful nominee. The Alumni of Influence Award is presented at the annual Alberta Business Hall of Fame – Southern Alberta Gala Dinner and Inductee Ceremony in October at the Hyatt Regency in Calgary.

The selection committee will vote to determine whether a candidate nomination should be carried forward to the following year.  If a nomination is voted forward, it is the role of the JA Southern Alberta staff to ensure that the nominee form is updated for the next selection cycle.

Cathy Williams, an (honorary) LL.D recipient from Western University and MBA from Queen’s University, retired as Chief Financial Officer of Shell Canada Limited in June 2007. She worked for Shell for 22 years, in a variety of financial roles, including two assignments in London, England with Shell International. Previously Cathy worked for the Business Development Bank and Bank of Canada in Ottawa and Nova Corporation in Calgary.

In community involvement, Cathy is currently Board Chair Vibrant Communities Calgary, the backbone organization for Calgary’s poverty reduction strategy. She co-chaired the committee which developed the Enough for All poverty reduction strategy, sponsored by the City and United Way in 2012-2014. Other community involvement has included membership on the Boards of Mount Royal University, Junior Achievement of Southern Alberta and the United Way of Calgary, all of which she chaired. She also participated on the Dean’s Advisory Board at Smith School of Business at Queen’s University. Cathy was awarded the Queen Elizabeth Diamond Jubilee medal in 2012.
Cathy is married with three children. 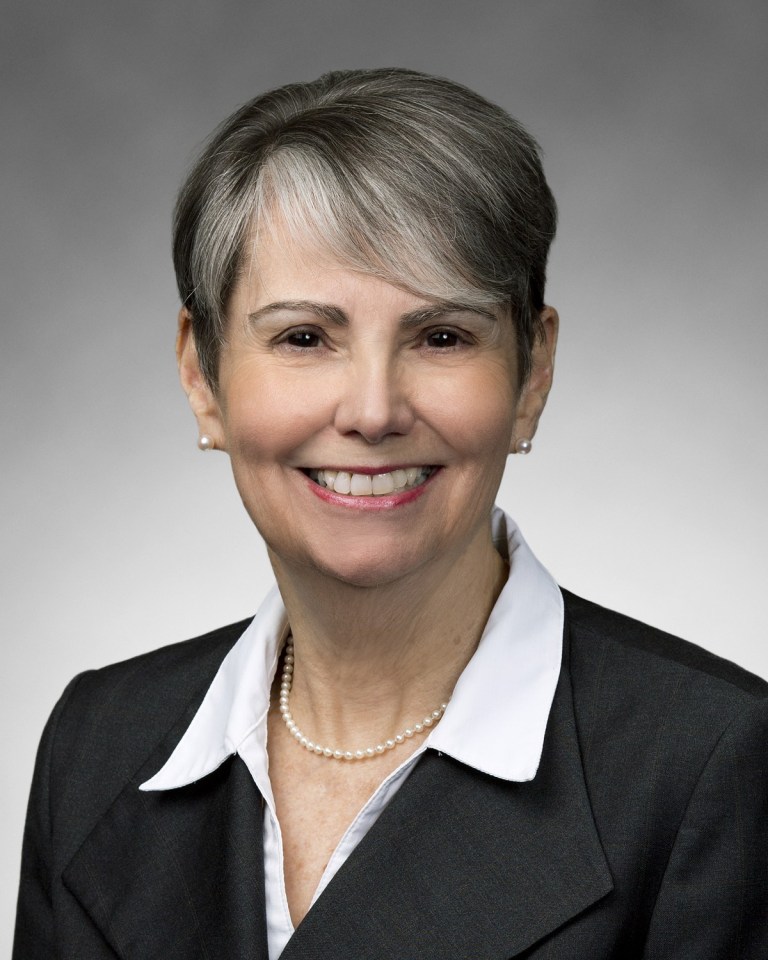 Manjit Minhas is a born and raised Calgarian. This Petroleum Engineering student turned beer baroness has recently spoken at the Rotman School of Management at the University of Toronto, the Haskayne School of Business at The University of Calgary, at the London Economic Development Conference and many other places. As a keynote speaker, Manjit frequently shares the secrets of her success with aspiring MBA, engineering and other students as well as entrepreneurs and seasoned business people.

Manjit is the co-founder of Minhas Breweries, Distillery and Winery. She started her companies at the ripe age of 19 in Alberta, when she launched her beer in Alberta with her partner and brother, Ravinder Minhas. Together, they gave the big boys a run for their money, thereby becoming the first successful company to enter the Canadian beer industry in many decades. Currently, she has over 90 brands of beers, spirits, liqueurs and wines. Her products are sold in Ontario, Alberta, Saskatchewan , Manitoba and British Columbia, as well as 43 states throughout the USA and 15 other countries in Europe, Asia and South America.

Manjit believes that effective use of science and engineering can do a lot of good in people’s lives. She has used her engineering background in producing beer using least amount of cleaning and water treatment chemicals, gas, electricity and water. Canadian and American consumers suffering from the Celiac disease have also been beneficiary of her innovative method of making best tasting Gluten Free beer from Sorghum and sold at half the price of the competition. In early 2015, CBC approached Manjit to star on Dragons Den Canada. Manjit has experienced the highs and lows of entrepreneurship and is keen on helping others who work hard to create successful businesses. Being on Dragons Den Canada, allows her to do so on a bigger platform and she happily accepted the offer. Manjit still calls Calgary home with her husband and they have two young daughters. 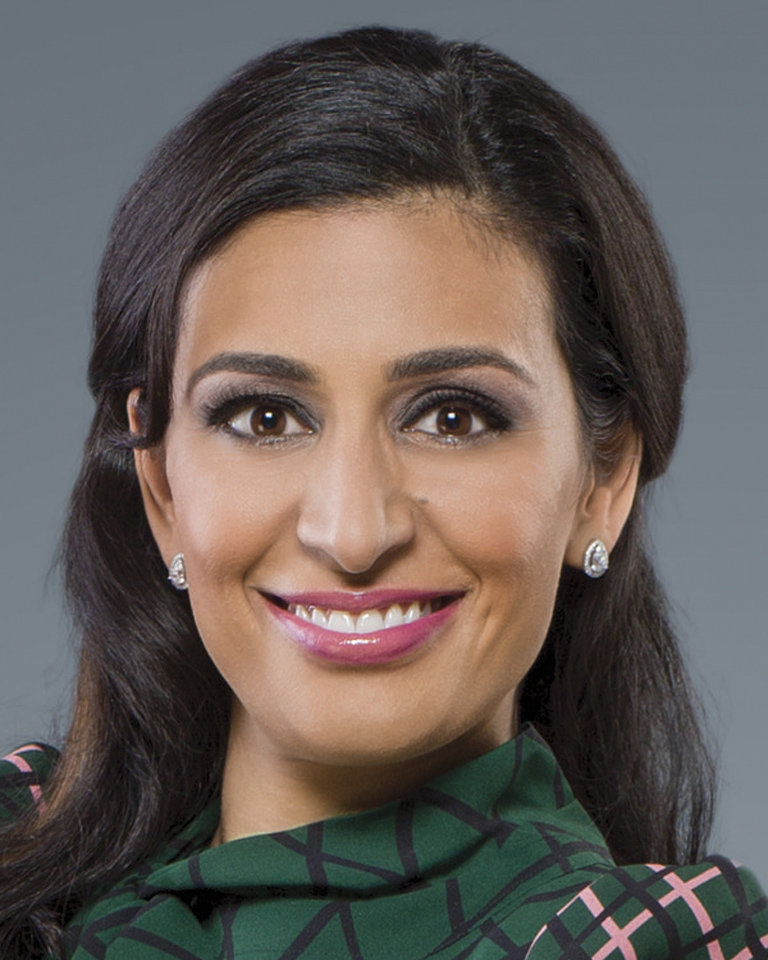 Have questions about alumni award?